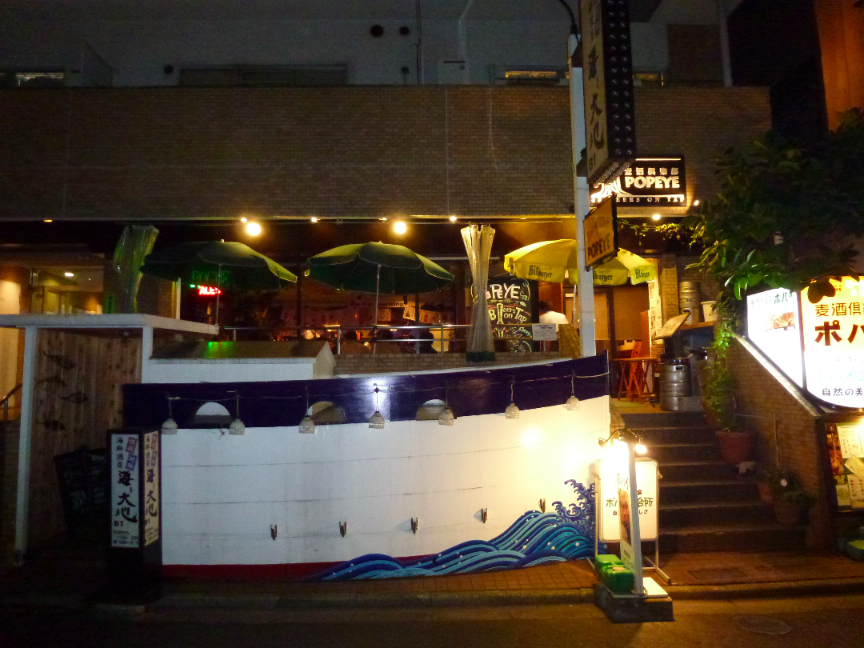 My last hurrah on this trip to Tokyo came at the suggestion of my good friend Nick’s brother Tom, who forsook the north of England for the Japanese capital some six years ago. Taking the train north and slightly east from Ginza brought us to Ryogoku, home of Tokyo’s sumo stadium and many of its training “stables”. While I couldn’t have my fix of Japan’s national sport (“living history” is an equally good descriptor for sumo) on this occasion, as the season was over, I was able to refresh myself in what must be among the most memorable beer establishments I experienced on this trip: the oddly-named but exceptional Popeye bar.

Thankfully free from too many cartoon memorabilia and references, Popeye offers perhaps the best selection of Japan-brewed micros in any pub in the country, preferring to focus on local brews (upwards of 70) and draughts over imports. Moreover, the owners clearly delight in the variety that beer has to offer, with a well-thought out list catering for all kinds of tastes and styles (daily beer menu here).

END_OF_DOCUMENT_TOKEN_TO_BE_REPLACED 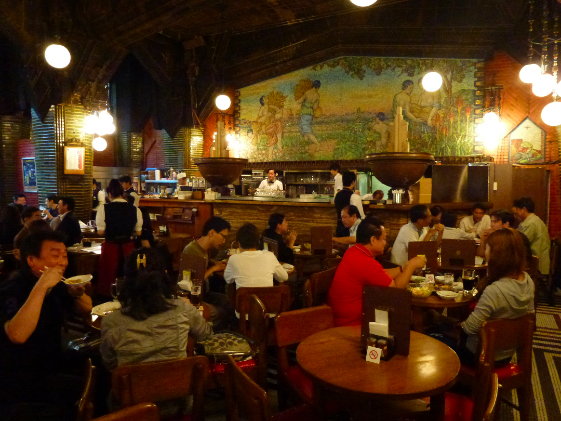 Prior to visiting Hong Kong I enjoyed overnight stops in Shanghai and Beijing, albeit with little or no opportunity to seek out interesting local products. Not that that should deter one from trying. A small number of modern-style brewpubs are to be found in both cities if you have the time to seek them out – for example Boxing Cat Brewery, of which there are two branches in Shanghai, and Drei Kronen 1308 Brauhaus, apparently an Asian outpost of a Bavarian brewer of the same name, although that’s not easy to confirm. There are several others.

Such was also the case in Taipei, capital of that “other” China, Taiwan, a few days earlier. Here Le Blé d’Or and a branch of the Gordon Biersch brewpub chain are among the establishments offering a break from the near-ubiquitous Taiwan Beer. There was no chance to try these either, unfortunately, although I can report that the national brew went well with local fare.

Thankfully a weekend in Tokyo did provide a few opportunities to sample Japanese brewing, however. This was true both in its established – and heavily German-influenced – form and in the shape of a new generation of micros that, somewhat surprisingly, are taking their influences from well beyond Germany or the more-recently influential US brewing scene.