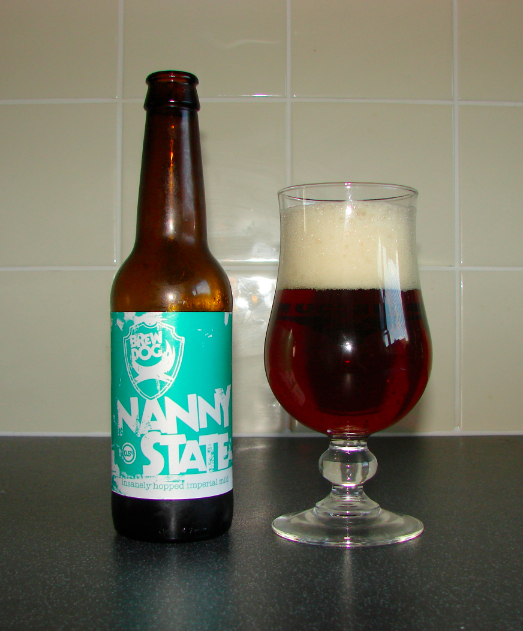 Whether it’s age, a diminishing ability to consumer large quantities of alcohol, or a growing sense of accountability to my employer (or probably some combination of all three), I’m increasingly finding myself drawn to the concept of low-alcohol beers.

Not the no-alcohol Barbicans, Clausthalers, or “alkoholfrei” versions of big-brand German beers such as Erdinger or Bitburger. Nor the traditional but generally uninspiring Belgian tafelbiers, Swedish folköl’s and the like. Nor, for that matter, anachronistic British beer survivors such as Manns Brown Ale and Tennent’s Sweetheart Stout. Rather, my interest lies in a new wave of beers designed from the outset to appeal to serious beer drinkers in situations where they would rather not imbibe too heavily.

While not common, there’s a definite groundswell of interest in such potions among reputable micros in the UK, following false dawns such as Brakspear 2.5. Moreover, there could be many more in future with the introduction of the UK Government’s 50% excise duty reduction on beers at, or below, 2.8% ABV from October this year. Whether that saving ends up being passed on to consumers is another matter but several of the newer examples I’ve tried can reasonably lay claim to being serious beers worthy of greater attention when they do start appearing on the bar.

Two I’ve happened upon recently were supped “vom fass” during July’s excellent Chelmsford Beer Festival. Both, appropriately, came from Essex brewers. Both the 2.5% BBC2 (a bitter) from Brentwood Brewing Company and the aptly-named Two Percent (a dark mild) from Felstar Brewery both ably demonstrate the benefits of cask conditioning and generous hopping in lifting alcoholically light brews above their inherent limitations. The fact that these beers are top fermenting no doubt also has an impact in creating a more expansive flavour experience than might be expected, even if their mouthfeel is necessarily compromised.

Originally conceived of as a reaction to media criticism of its high strength brews, Nanny State nonetheless demonstrates that quality, quaffable low strength beer is an achievable aim, even without cask conditioning. Starting out at 1.1% abv, my bottle was one of a batch produced by BrewDog at the even lower strength of 0.5% alcohol, seemingly for the Swedish market, but with the hop rate “cranked up to 11”, in true Spinal Tap style.

Amazingly, given the lack of alcohol and (presumably) low amounts of dissolved malt solids, Nanny State achieves something quite spectacular. Not only does it achieve a decent mouthfeel with some nice toasty notes (as also boasted by its big brothers), the high hopping makes for a satisfactorily “beery” experience, both in terms of aroma and bitterness. The fullsome head, which is remarkably long lasting for a beer so thin, only adds to the illusion.

It’s perhaps not an everyday beer but Nanny State could easily be a poster child for turning circumspect drinkers on to lower-strength beers. With a bit of tweaking, we might also see wider distribution for near-”People’s Pints” such asexcellent 3% Great Cockup Porter – my first pint at GBBF, when it’s been available there – orsimilar strength Trinity.

Low strength beers are certainly a subject I’m keen to explore further both in the pub and in these pages, as and when I happen across interesting examples.